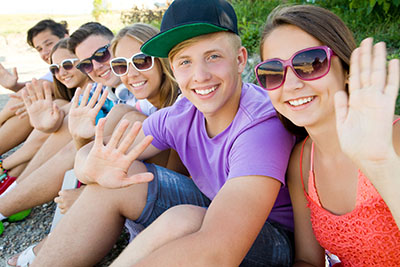 Puberty is one of life’s great milestones – marking the time when a child’s body transforms into an adult and sexual maturation occurs.

This monumental change occurs quite rapidly within the body and includes changes in the mind and emotions. These changes are also associated with rapid growth.

There is a natural window of time for puberty, and early or late onset of puberty can directly impact sexual development. Puberty and increased growth typically begins between the ages of 8 and 13 in girls. Boys usually begin experiencing puberty between the ages of 9 and 14.

Signs of Puberty typically include:


Early and late onset of puberty:

Precocious puberty, or early puberty, is when the onset of puberty happens early. In this case hormones called gonadotropins are produced by the pituitary gland, these hormones then stimulate the ovaries and testicles to make testosterone and estrogen, (sex hormones).

Peripheral precocious puberty is a rare form of early puberty and occurs when the sex hormones estrogen and testosterone are released into the body due to issues with the ovaries, testicles, adrenal and/or pituitary glands.

Late puberty may run in families and be normal or may be associated with other medical problems such as cystic fibrosis or sickle cell disease. Delayed puberty may also be caused by a problem with the ovary or testes, or in the control of these glands.

Our pediatric endocrinologists are experts in puberty. If you have concerns about your child’s pubertal development first bring the concern to your primary care physician who can advise you as to whether further evaluation is needed.