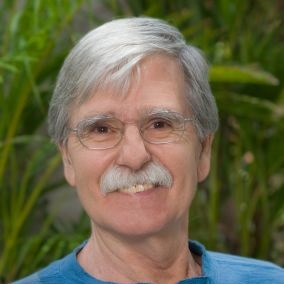 With emphasis given to:

Dr. Mason was commissioned in the U.S. Public Health Service in 1967, and served at the CDC (1967-1969). He was attached to the Community Pesticides Program. This was Dr. Mason's introduction to Environmental Medicine and Toxicology. Over the ensuing 40 plus years, Dr. Mason has come to be recognized internationally in his chosen field of Environmental Epidemiology. He led the team at the National Cancer Institute which published our nation's first 'Atlas of Cancer Mortality for U.S. Counties'. This contribution to our understanding of the role that environmental exposures/contaminants play in disease prompted a number of countries worldwide to pursue research to determine 'local determinants' of disease(s). He has served, and continues to serve on scientific advisory boards addressing environmental concerns.

Recent highlights are that Dr. Mason has been appointed to the Armed Forces Epidemiological Board/ Defense Health Board effective September 2006, and has been selected to serve as a Public Member of the Board of Directors for the American Board of Disaster Medicine. In 2008 he was invited to join the Interstate Chemical Terrorism/ Threats Workgroup. He also serves as an Associate Dean of the International Center for Pre-hospital and Disaster Medicine.

Dr. Mason serves as a member of the Aerospace Medicine Residency Advisory Committee, Naval Operational Medicine Institute, Naval Air Station Pensacola, as well as a member of the Science Advisory Board, Robert E. Mitchell Center for Prisoner of War Studies. He was recently appointed as a Senior Scientific Advisor to the Joint Forces Command, Joint Center for Operational Analysis. Dr. Mason has held appointments at the Armed Forces Institute of Pathology as a Visiting Scientist, as well as, Adjunct Professor in the Department of Preventive Medicine and Biometrics, Uniformed Services University. One of his professional goals is to expand the University of South Florida's education and training programs for the Uniformed Services. To this end he has trained officers from the tri-services at both the Master's and Doctoral level.

Dr. Mason is identified as the point of contact on current USF Memoranda of Understanding with USCENTCOM, NORAD-USNORTHCOM, USJFCOM, the Pacific Disaster Center/ East-West Center, as well as, the Navy and Marine Corps Public Health Center.