The Byrd behavior core houses equipment for the analysis of cognition, mood, anxiety and depression, locomotion, and other behavioral outputs related to a wide variety of normal aging and pathological processes in mice. The Byrd behavior core is managed by Dr. Danielle Gulick, assistant professor of Molecular Medicine and Byrd Alzheimer’s Institute. 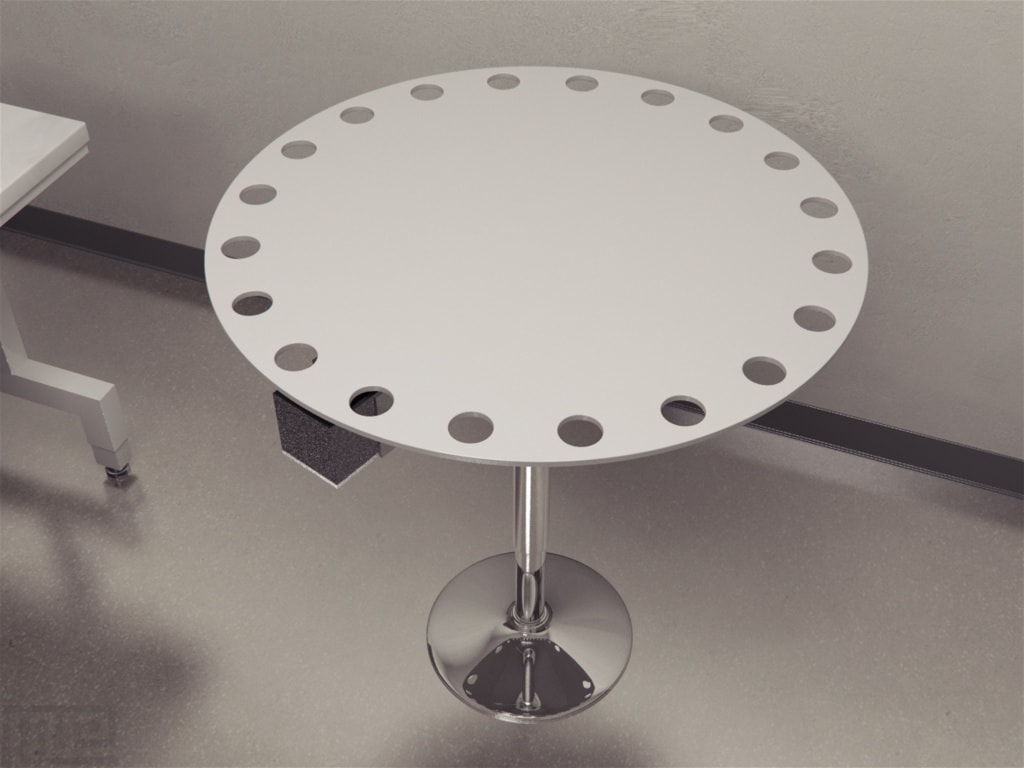 A measure of hippocampus-dependent spatial memory, or cued learning if distal cues are placed around the maze. The mouse is placed on a circular table with circular holes around the circumference under bright light and allowed to explore until they find and escape into the one hole that contains a goal box (baited with food if needed to increase motivation. Memory is assessed as fewer errors (nose pokes into incorrect holes), decreasing latency to reach the goal box, and can be measured by time to reach, distance traveled to reach, or heat map based on the density of time spent in the vicinity of the goal box. The strategy can be scored as random (randomly checking each hole), systematic (checking each hole in a pattern) or spatial (direct movement to the hole with the drop box). Reversal trials can be done to alter the location of the goal box and determine the amount of time spent perseverating (seeking the old location) vs. Adapting and seeking the new location. 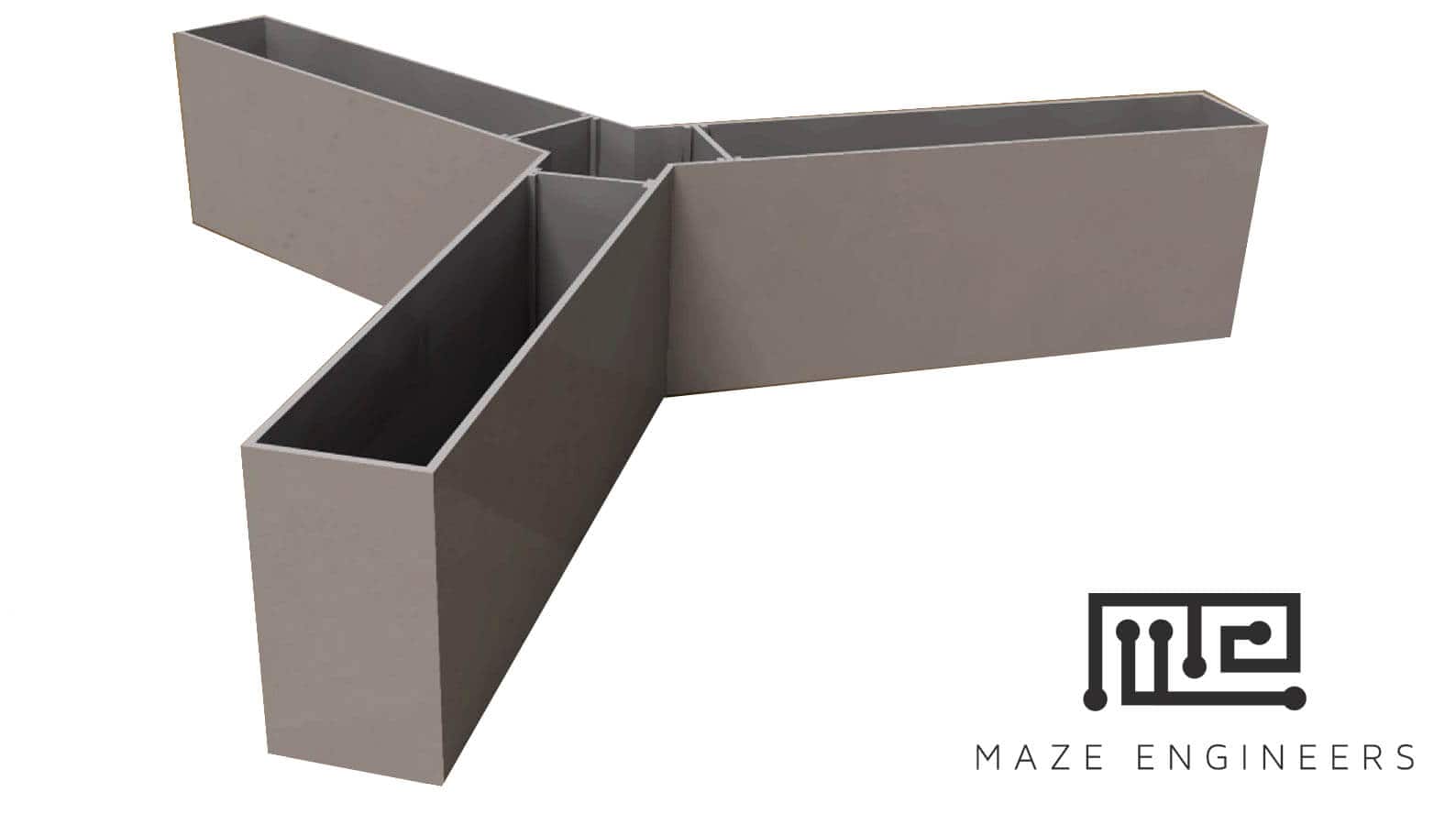 A measure of working memory through spontaneous alternation. The mouse is placed in the center of a 3-arm maze, and each arm is baited with rewards (rewards may be removed to assess exploration-based rather than reward-based behavior). A correct trial is one in which the mouse enters all three arms before returning to a previously-entered arm, and the number of correct trials is a measure of prefrontal working memory. 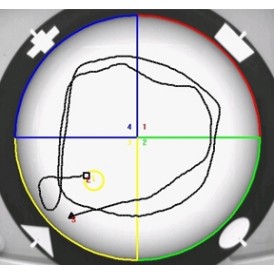 A hippocampus-dependent (or –independent task, if highly salient visual cues are placed around the pool) memory task, in which mice are placed in a pool and allowed to swim until they find a submerged platform. This is repeated across multiple trials and multiple days to assess the learning curve. Mice are placed in the pool from different entry points in order to avoid a procedural memory strategy. Once mice have reach a threshold (for the time it takes to reach the platform or the number of trials in which they reach the platform under a set time), they can be tested, usually at 24hr and 72hr later, for their seeking behavior with the platform removed. Measures such as latency or distance to the platform site, time in target vs. opposite quadrant, heat map of swim path can all be assessed. Two additional sessions are often conducted – a probe trial in which the platform is visible above the water, to control for motor or visual issues, and a reversal trial in which the platform is moved to a new quadrant. 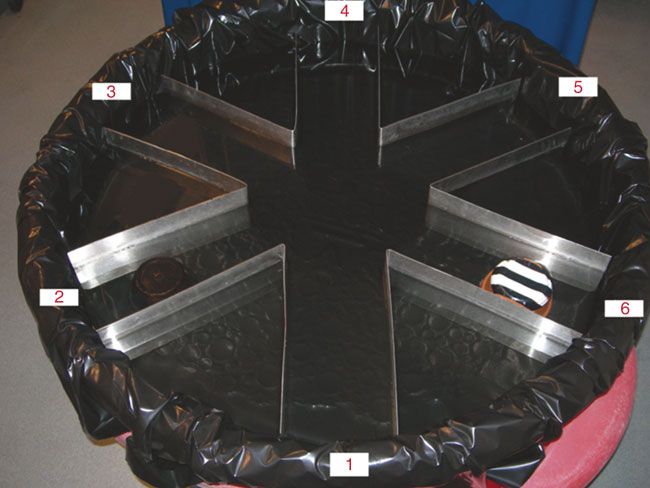 A hippocampus-dependent memory task, the radial arm water maze contains six arms extending out of an open area inside a pool, with an escape platform located at the end of one arm. The goal arm location remains constant. On day 1, mice are trained for 15 trials, with trials alternating between visible and hidden platform. On day 2, mice are trained for 15 trials with the hidden platform. Entry into an incorrect arm is scored as an error, and the number of errors per trial is assessed as a measure of memory. Reversal memory can be tested with a reversal trial in which the platform is moved to a new quadrant. 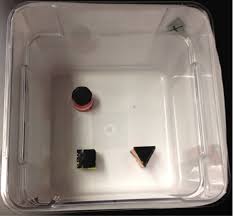 A hippocampus-independent recognition memory task, using the open field box. Mice are placed in a box with two identical Lego objects placed equidistant from the walls and allowed to explore. At testing, hours or days later (long-term memory is weaker in this non-aversive task), one of the objects is replaced with a novel Lego shape. Percent time exploring the novel object is indicative of stronger memory. A hippocampus-dependent trial may be added by using the two identical objects but moving one to a novel location. 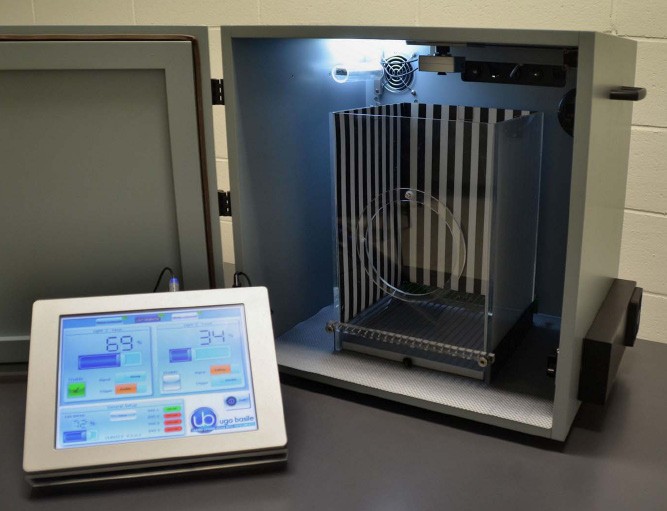 A measure of hippocampus-dependent contextual learning and hippocampus-independent cued learning. Mice are placed in a small chamber and allowed to explore to learn the contextual cues. They are then tested for the pairing of 2 brief stimuli (cued learning) or the pairing of the context with a brief stimulus. Testing sessions can show significant memory anywhere from 1hr to 8 weeks or longer after training. 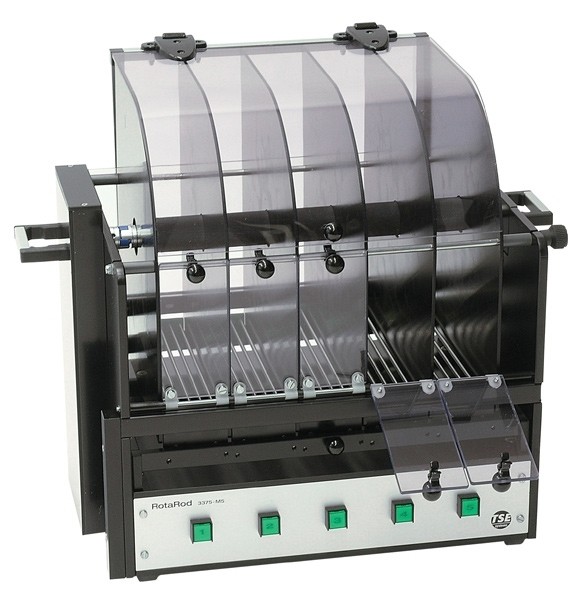 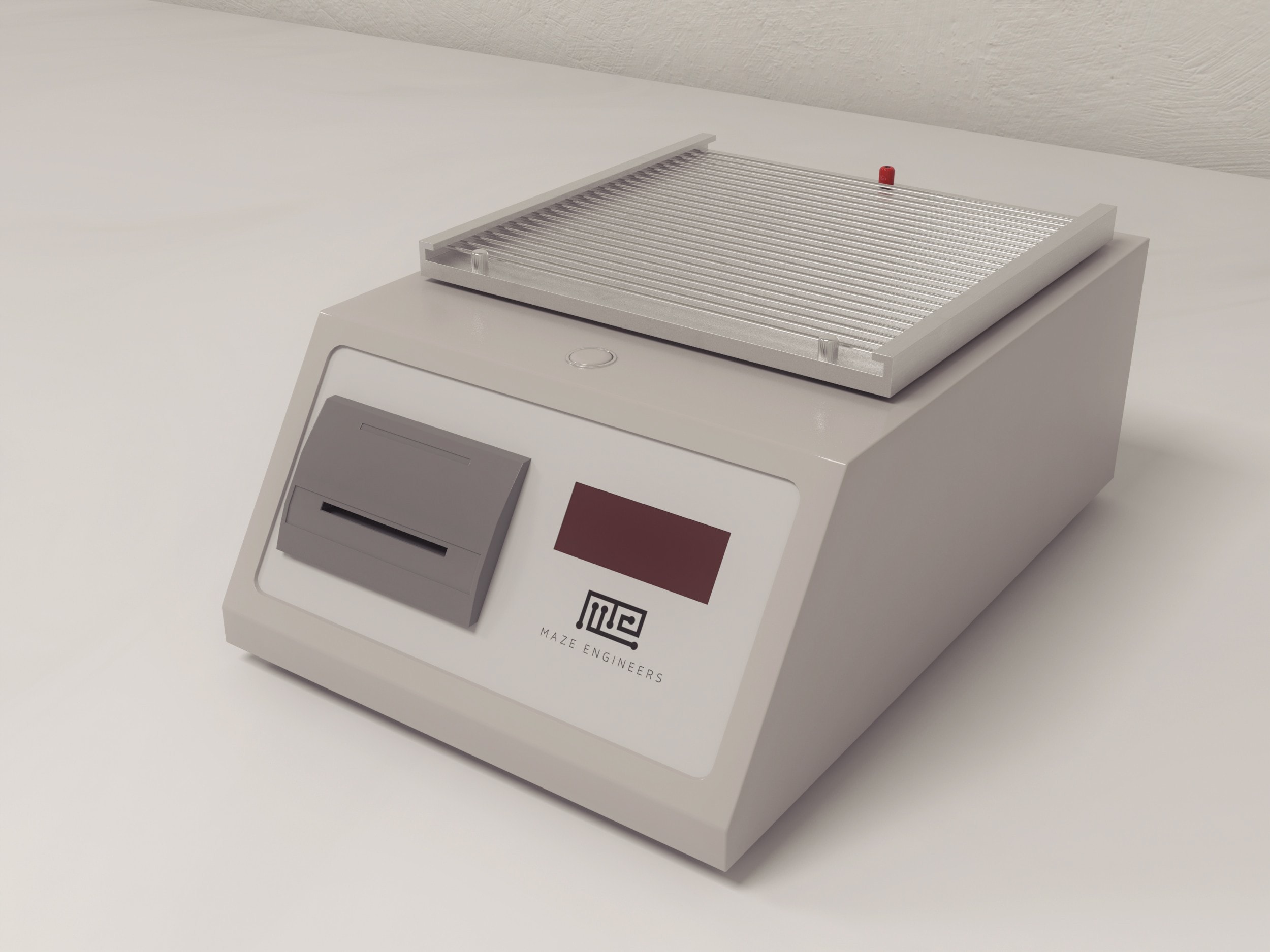 The mouse is held by the tail and allowed to grip the metal grid then the mouse is pulled away from the meter. The tension in the last moment before the mouse releases its grip is recorded as the maximum grip strength. 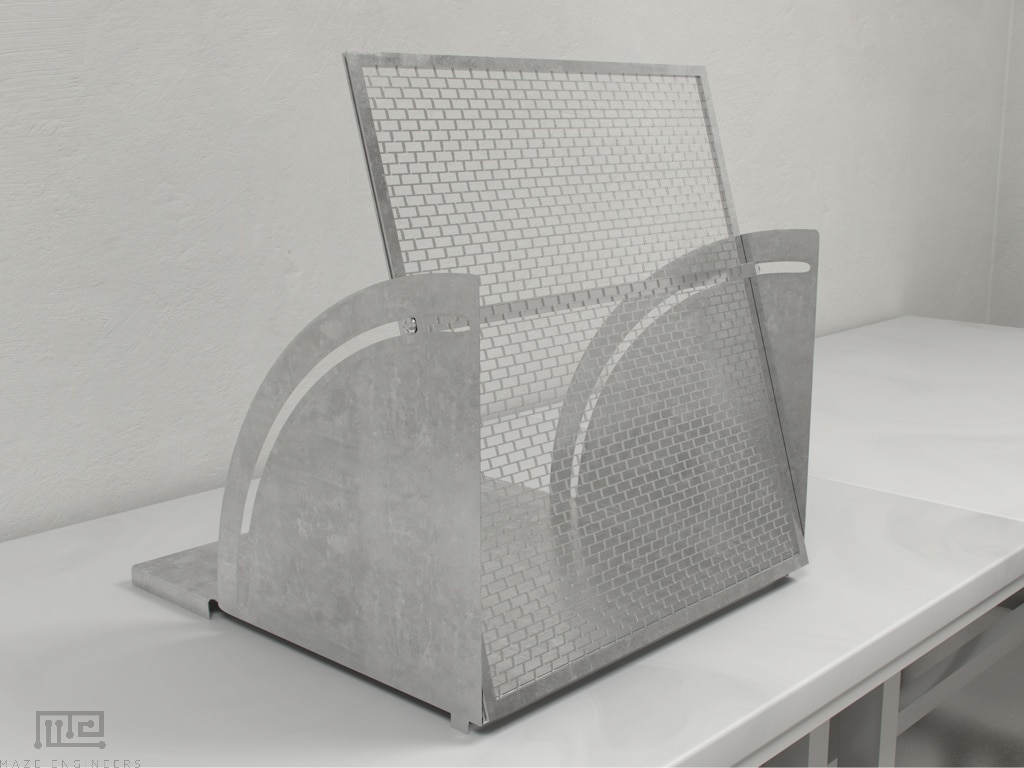 Juvenile mice are placed on a tilted grid, and their degree of movement to balance is recorded. 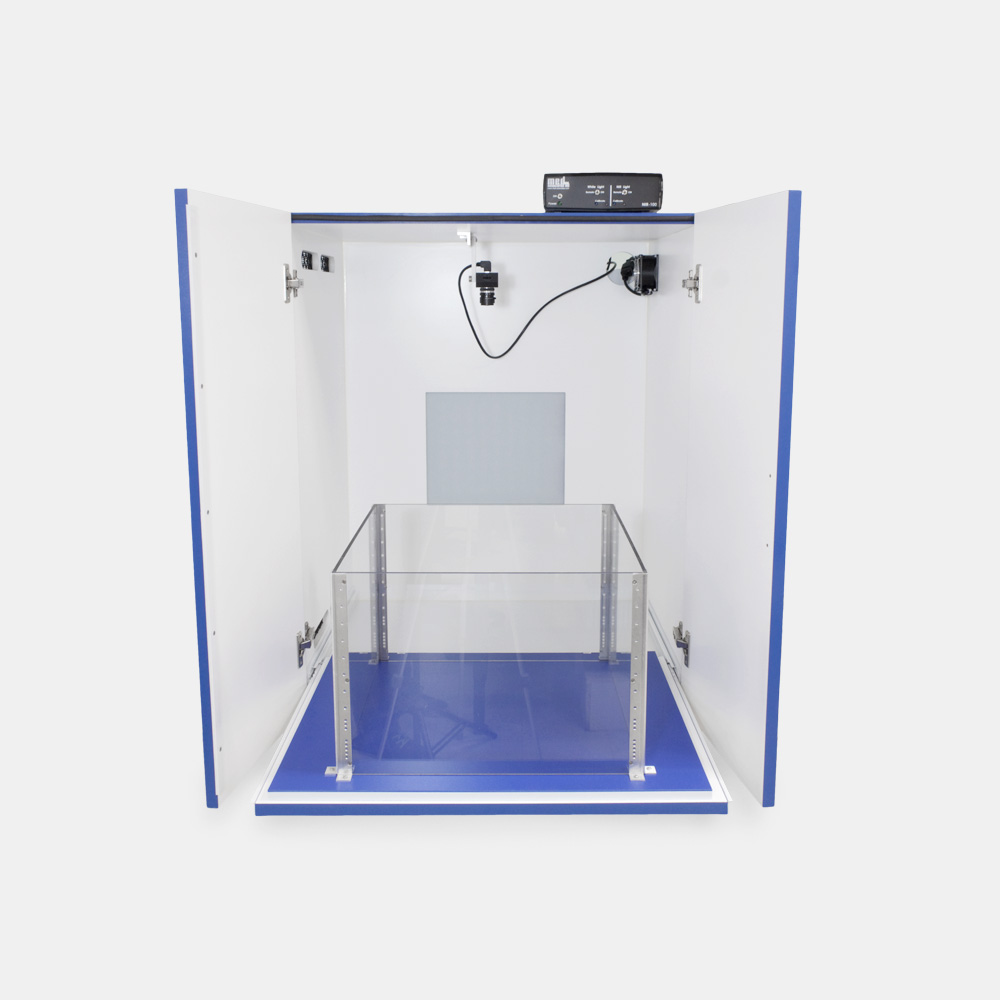 A measure of an animal’s approach (exploratory behavior) vs. avoidance (anxiety) motivational drives. Mice are allowed to explore an open box, and time in the center portions of the floor and distance travelled indicate exploration, whereas time against the walls and in the corners, and immobility all indicate anxiety. Alternatively, a grid may be applied, and line crosses may be used for the same measures. 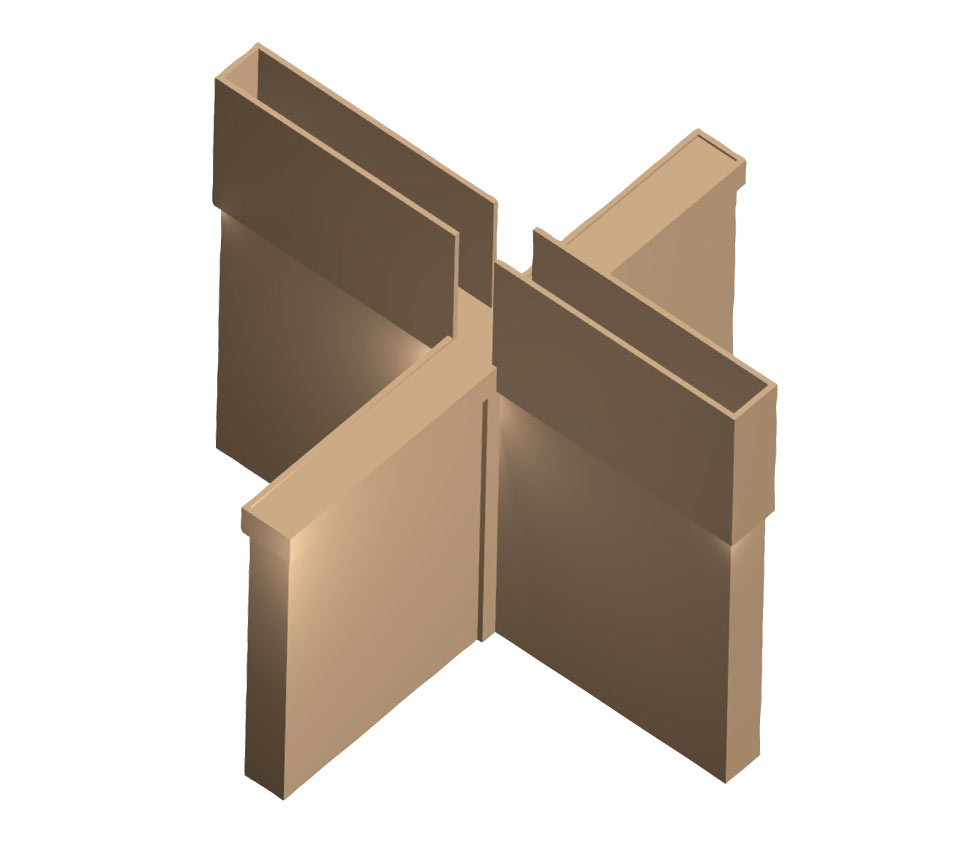 A measure of an animal’s approach (exploratory behavior) vs. avoidance (anxiety) motivational drives. Mice are allowed to explore a + shaped maze elevated ~2 ft off of the table surface, and time in the unwalled arms and distance travelled indicate exploration, whereas time in the closed arms and immobility indicate anxiety. 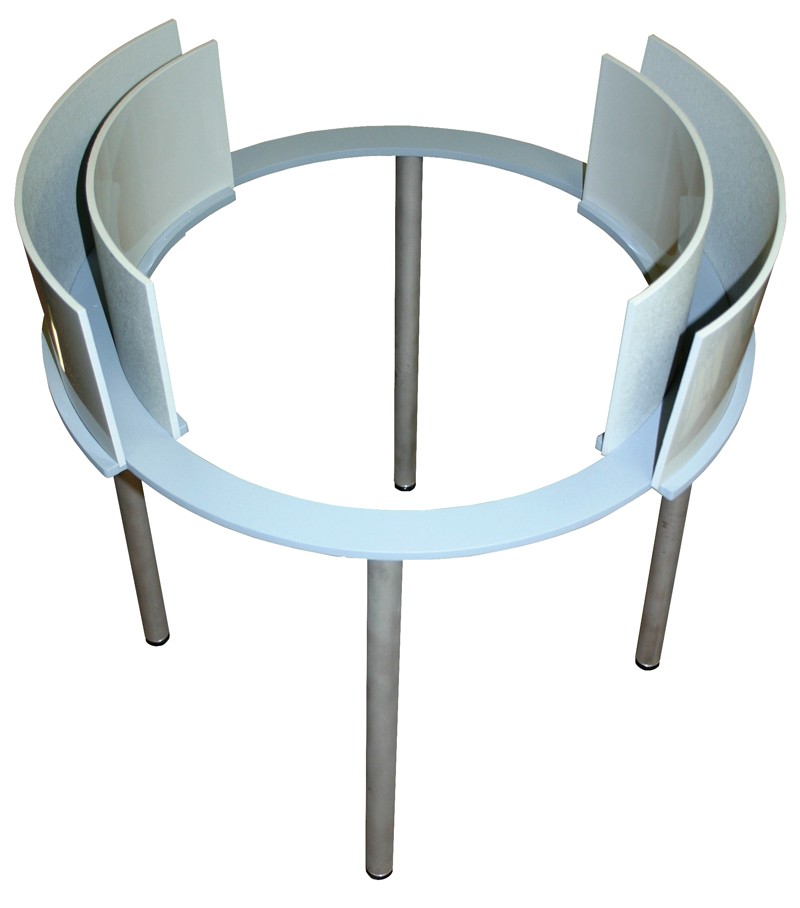 A measure of an animal’s approach (exploratory behavior) vs. avoidance (anxiety) motivational drives. Mice are allowed to explore a 0 shaped maze elevated ~2 ft off of the table surface, and time in the unwalled portions of the circle and distance travelled indicate exploration, whereas time in the closed portion and immobility indicate anxiety. 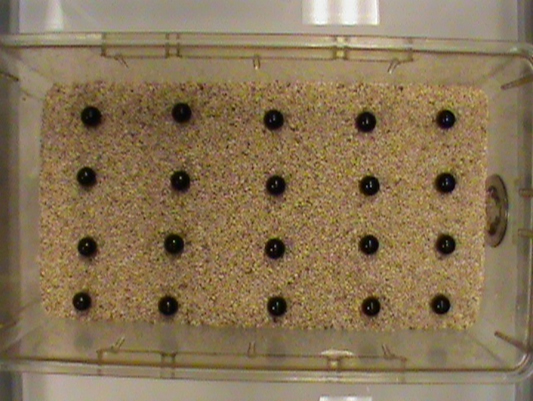 A measure of compulsive (OCD) behavior. The mouse is placed in a homecage with wood chips and 10-12 marbles evenly spaced on top of the bedding. After 30min, the number of marbles that have been more than half buried are counted. More buried marbles indicate more compulsion. 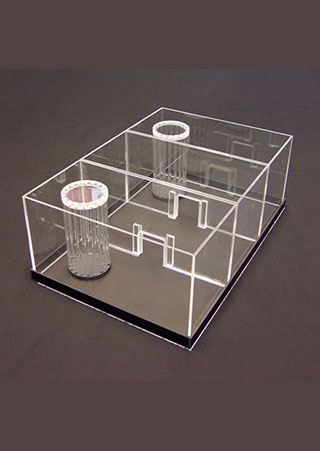 A social memory and socialization task. The test mouse is placed in the center of a three-chambered box with openings between the chambers and pencil cups in each of the outer chambers. After habituation to the empty box, an unfamiliar, same-sex mouse is placed under one pencil cup and the second pencil cup remains empty. Finally, a second unfamiliar mouse is placed under the empty pencil cup. The test mouse’s time spent sniffing each pencil cup, the time spent in each chamber, and the number of entries into each chamber recorded – more time with the second unfamiliar mouse in indicative of stronger social memory/socialization.

A more sensitive test of social deficits. The test mouse remains in their home cage and an unfamiliar, same-sex, similar-weight “intruder” mouse is placed in the cage. Positive (sniffing, grooming, following), negative (rearing, tail rattles), and non-social (grooming, digging) behaviors are all recorded.