Before any drug, therapy, or any new diagnostic procedure can be used in clinical practice, it must first undergo a rigorous risk and efficacy assessment. This testing process is called a Clinical Trial. The USF Health Byrd Alzheimer’s Center and Research Institute has the expertise to safely and ethically oversee such efforts as part of our dedication to the prevention, treatment and cure of Alzheimer’s disease or related disorders.

The Byrd is involved in a number of research studies for people with no memory impairment and those with mild cognitive impairment or various stages of Alzheimer’s disease. Several of these studies investigate potential treatments that target the plaques and tangles in the brain. Some studies involve pills, while others use intravenous (IV) infusions. Some studies do not involve taking medications and some involve more advanced brain imaging techniques such as PET scans. While the qualifications, processes and expectations for participation are all different, the one constant is that we need your help!

If you are interested in participating in one of our many clinical trials, please go to the Clinical Trials Interview to schedule an appointment.

Participating in clinical trials offers hope.
Together we can do something to fight this disease
and make Alzheimer's a memory.

Listen to the  interview about  Alzheimer's Clinical Trials on News Radio WFLA with Dr Amanda Smith, Director of clinical research at the Byrd Institute. 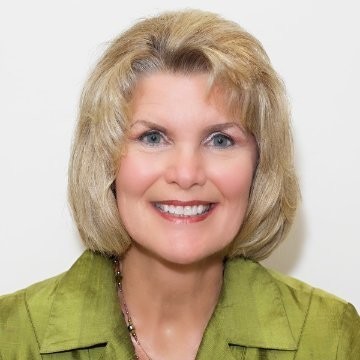 An Interview with Connie Lesko:  a Caregiver's Perspective

Like many families affected by Alzheimer’s, Connie Lesko and her three siblings knew very little about caregiving when their parents were both diagnosed with Alzheimer’s at nearly the same time. “At first, we were just putting one foot in front of the other,” Connie remembered. For eighteen months after the diagnoses, the four siblings alternated spending time looking after their parents. Their disease progressed quickly, however, and the decision was made to move them into an assisted living facility in Sun City Center. The decision came not a second too soon, and the Lesko parents were soon moved to a secured Alzheimer’s unit after Connie’s father wandered off on one occasion.

As painful as the experience with her parents was, Connie says she is heartbroken for Alzheimer’s patients who don’t have close family to advocate for them. She shifted her marketing career to focus on the senior living industry, where she has worked for the past fifteen years, including multiple stints at facilities that focus on Alzheimer’s patients.

Connie was determined to join an Alzheimer’s clinical trial as soon as she was eligible. She spotted an opportunity at a Riverview Chamber of Commerce meeting that she chaired when she was introduced to Johnnie Byrd, who was Chairman of the Board and leading the charge to get Byrd Alzheimer’s Center and Research Institute built in Tampa. Connie became involved with the Institute immediately and chaired a major fundraising event.  She is passionate about prevention, finding a cure, and a medication that can effectively treat Alzheimer’s symptoms, and knows that clinical trials are the key to finding answers.

Through her relationship with the Institute, Connie met then Assistant Director for Clinical Research, Jill Smith. “Once I turned 65, I immediately called Jill and said, ‘Find me a study!’” Connie recalled. Smith steered Connie to Byrd’s A-4 study, which targets beta amyloid, the protein believed to play a key role in the eventual development of Alzheimer’s disease-related memory loss. While Connie’s initial PET scan didn’t show significant deposits, she has still been able to participate in the study over the past three and a half years. That study just ended for her, and she is currently searching to find another one for which she will qualify.

“My mother couldn’t walk, talk, or feed herself by the end of her life,” Connie said. “No one should have to go through that.”

In addition to her clinical trial involvement, Connie started the Walk to End Alzheimer’s for the South Shore area, which she has chaired ever since its inception 13 years ago. She has carried her message to the community at hundreds of outreach events for Byrd, noting that the free, comprehensive health screening trial candidates receive is a huge benefit. “I can’t tell you how many times people have been referred to their doctor or sent to the hospital because of something that was discovered during the initial screening,” Connie explained. “There are far more benefits to trial participation than just getting the investigational medicine participants may receive.”

Beyond the personal benefits, Connie believes Alzheimer’s trials represent a higher purpose for American seniors. “We’re all citizens of a country where Alzheimer’s is the sixth leading cause of death. How can we not be a part of the solution?”

In recognition of her tireless advocacy, Connie has been nominated for a National Citizen Scientist Award, which will be presented at the National Alzheimer’s Summit in Washington, DC in October.

Much has changed since Connie first decided to devote her life to Alzheimer’s advocacy. The Byrd Institute joined the University of South Florida system, and Smith last year became an Assistant Director of Recruitment and Clinical Trial Optimization at the Global Alzheimer’s Platform Foundation (GAP), which partners with research centers like the Byrd Institute to speed and improve Alzheimer’s clinical trials.

“I was one of the fortunate ones who got to be with my parents, throughout their disease and at their death,” Connie said. “Some people get a call with the bad news. I want to do my small part at insuring that someday, no one will have to take this dreadful journey.”