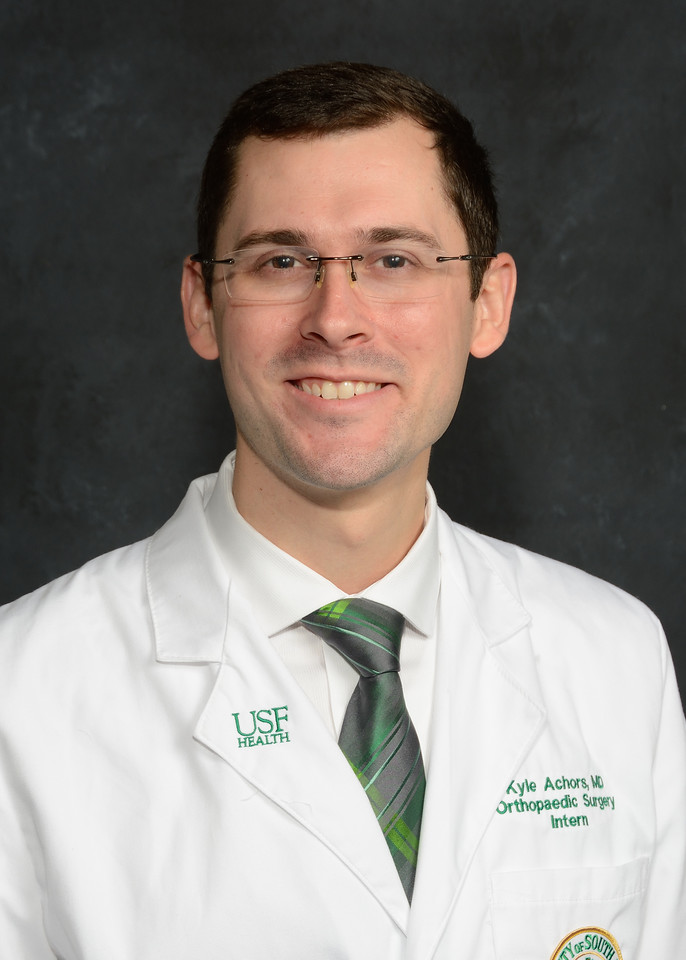 Kyle was born and raised in Jacksonville, FL. He received his undergraduate and medical degree from the University of South Florida. In his spare time, he enjoys exercising, watching NBA basketball, and spending time with his wife Jillian and their daughter Chloe.

Stephanie was born and raised in Louisville, KY. She grew up playing volleyball which eventually led her to play for the University of Alabama. She graduated with a BS in biology, then returned home for medical school at the University of Louisville. In her spare time she enjoys the beach, sand volleyball, Crimson Tide football and spending time with her husband, Justin. 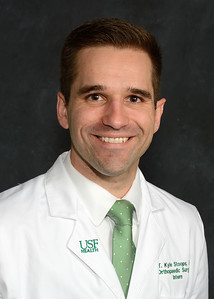 Kyle was born and raised in Hillsboro, OH, where he spent most of his time playing basketball, ultimately going on to play at the collegiate level. He received his BS in Exercise Science from the University of Tampa, and his medical degree from Ross University School of Medicine. Following graduation, he completed a clinical and biomechanical research fellowship at the Foundation for Orthopaedic Research and Education (FORE) in Tampa, FL, where he had the opportunity to present at national and international conferences. Kyle and his wife Emily enjoy traveling and spending time with family. In his spare time, he takes advantage of the outdoors, as he is an avid hunter. Kyle has a special interest in pursing a fellowship in adult reconstruction. 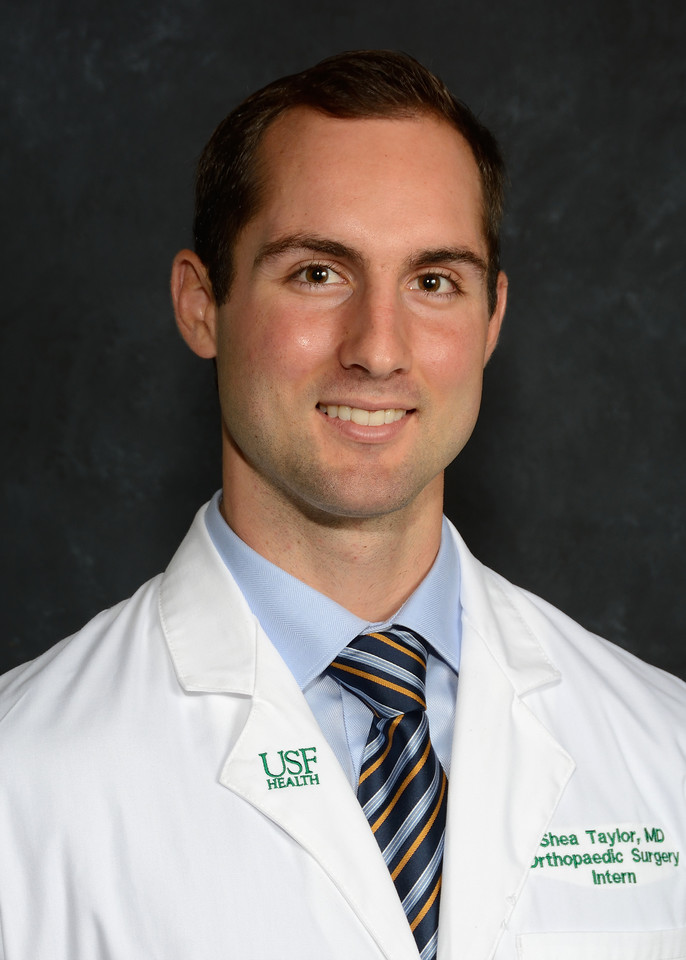 Shea Taylor was born in New Port Richey, FL and is a member of the class of 2022. He received his undergraduate degree from the University of Central Florida and then completed his medical degree from the University of South Florida. His orthopaedic interests are broad, but he has a special interest in arthroplasty. Outside of the hospital Shea is an avid palm-tree enthusiast; he cultivates over 200 palms across 15 different species. 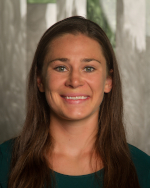 Amy was born and raised in Cocoa Beach, FL. She received her undergraduate degree in Biology from Florida Gulf Coast University in Fort Myers (aka Dunk City). She completed her medical degree at the University of South Florida. In her spare time Amy enjoys surfing, biking, ultimate frisbee, and playing soccer.

Brent is a native Floridian who was born and raised in the Tampa area. He attended the University of South Florida for his undergraduate education where he received his bachelor's degree in biomedical science. He then moved to Philadelphia where he received both his master's degree and medical degree from Drexel University. Brent is a die hard Bucs fan and also enjoys golfing, fishing, boating, and going to the beach in his spare time. 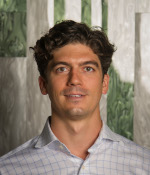 Mitch is originally from Crowley, Louisiana and attended Louisiana State University where he majored in biological sciences and business administration. He then received his medical degree from LSU in New Orleans. Mitch is a recreational activity enthusiast and also enjoys hunting, fishing, live music, traveling, cooking, and spending time with his fiance Meg, their dog Boo, and their four pet chickens.

Alex was born and raised in Tampa, FL. He received his bachelor's degree in molecular cellular and developmental biology from the University of Colorado at Boulder. He then received his master's degree from the University of South Florida before attending medical school at Florida Atlantic University. Alex enjoys boating, kiteboarding, grilling, and spending time with his wife Brittany and their Pomeranian Jackson.

Spencer grew up in Phoenix, Arizona. He earned his medical degree at the University of California at Irvine.  In his spare time he enjoys cross fit, muay thai, and watching sports. Spencer has always been interested in orthopaedic trauma, however enjoys the diverse training at USF where he can explore all facets of orthopaedics.

Brandon was born and raised in Miami, FL. He completed his undergraduate studies in Kinesiology at the Pennsylvania State University, and earned his medical degree from the Universidad Central Del Caribe School of Medicine at Bayamón, Puerto Rico. During medical school, he completed a one-year Research Fellowship in Sports Medicine at Rush University Medical Center in Chicago, IL. In his spare time, Brandon enjoys the beach, playing soccer, traveling, and paddle boarding.

PJ was born and raised in the Tampa Bay area. In his free time he likes spending time with family and friends, figuring out how to be a new homeowner with his fiance, bass fishing, listening to rock and roll, working out, and last but not least, spending entire Saturdays on the couch watching football, most importantly the FSU Seminoles.

Laz was born and raised in Miami, FL. He attended Florida International University were he earned his degree in biological sciences. He went on to earn his MD at the FIU Herbert Wertheim College of Medicine. He has long been interested in entrepreneurship and the interface between technology and orthopaedics. Laz grew up around motorsports and continues to enjoy working on cars as well as following Formula 1 and other forms of motorsport. In addition, he enjoys cooking, fishing, kayaking and all the other outdoor activities Florida has to offer year-round.

Reed was born and raised in Morgantown, WV. He attended West Virginia University where he earned his degree in Chemical Engineering. He went on to earn his MD at West Virginia University School of Medicine. Some of Reed’s favorite activities include white water rafting, Esports, mountain biking, snowboarding, traveling, carpentry and having a good time with friends and family.

Meghan McCaskey was born and raised in Dallas, Texas. She received her BS degree in Biochemistry with Distinction in Chemistry from Hamline University, where she was a competitive gymnast. She completed her MD with Distinction in Research at the University of Texas Medical Branch. In her spare time she enjoys going to the beach, running, exercising, paddle boarding, traveling, and spending time with friends and family.

Levonti was born in Los Angeles, CA. He attended Pepperdine University where he earned his degree in sports medicine. He went on to earn his MD at Florida Atlantic University. Levonti grew up playing and watching basketball, football and tennis. He enjoys Raiders football, paddle boarding, and warm weather. 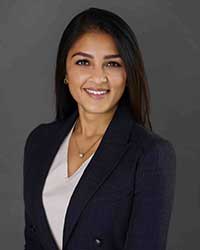 Monic was born in New Jersey, but raised in the suburbs of Tampa. She has training in brazilian jiu jitsu, krav maga, tae kwon do, and karate. She went to undergrad and medical school at USF. In her spare time she enjoys hiking, watching rocket launches, photography, spending time with friends and family, and food. 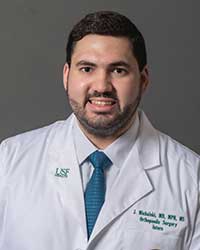 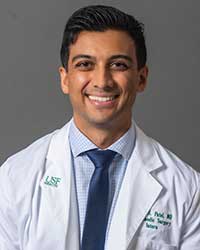 Raahil was born and raised in the Tampa Bay Area. He received both his bachelors degree and medical degree at the University of South Florida through a 7-year accelerated BS/MD program. During his time in medical school, he completed a one-year Research Fellowship in Hand and Upper Extremity at the Mayo Clinic in Rochester, MN. Raahil is an avid golfer. He also enjoys traveling, weightlifting, and spending time with his friends and family.

Christian was born in Baltimore, MD where his father was completing his general surgery residency at Johns Hopkins. He moved in 1st grade and grew up most of his life in Zionsville, Indiana. He attended Connecticut College where he played 2 years of Division III soccer and then transferred to Indiana University where he completed his BS in Biology and a Minor in Philosophy with Highest Distinction. He was inspired by his father, a general surgeon, and his grandfather, a cardiologist, to pursue a career in medicine, and completed his MD at Indiana University School of Medicine. His hobbies and interests include playing soccer, golfing, skiing, grilling, bourbon, watching his Hoosiers, and spending time with his wife Sarah and daughter Gwen.

I love the exposure that USF/FOI gives me to both private and academic practice models, the research opportunities with the FORE biomechanics lab, and the excellent subspecialty exposure. The greatest part about USF though is the people that will surround me. USF has some of the most well respected leaders in the field of orthopaedics, and I am extremely excited to be mentored by them. I am equally excited about working side by side with all of my amazing co-residents.