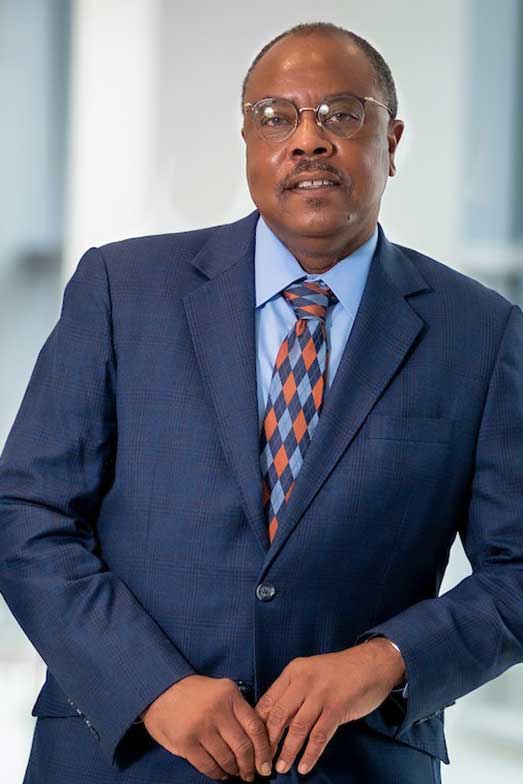 Haywood L. Brown, MD, joined USF and USF Health in 2018, when he was named vice president for Institutional Equity at USF and associate dean in the USF Health Morsani College of Medicine, where he also serves as professor of Obstetrics and Gynecology in the Division of Maternal Fetal Medicine. In April 2021, he was named senior associate vice president of Academic Affairs for USF Health and the vice dean of Faculty Affairs for the USF Health Morsani College of Medicine.

Dr. Brown has previously held leadership positions as Chair of Council on Resident Education in Obstetrics and Gynecology (CREOG), the Board of Directors for the Society for Maternal Fetal Medicine and Past President of SMFM. He is past president of the American Gynecological Obstetrical Society (AGOS) and Past Obstetrics and Gynecology Section Chair for the National Medical Association. Dr. Brown leadership includes the NIH DC Initiative on Infant Mortality and the HSRA Perinatal and Patient Safety Collaboration.