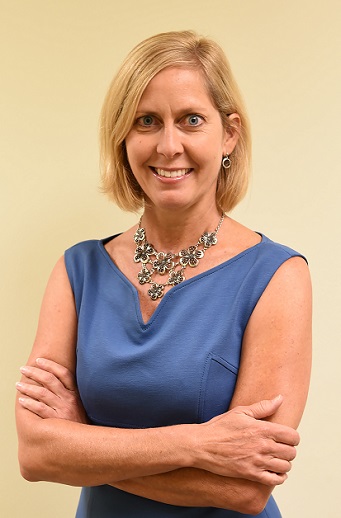 Her position as AVP and Chief Administrative Officer incorporates her prior responsibilities as Deputy COO with additional executive functions, including oversight for all USF Health Facilities and Information Technology (IT). She leads the operational transition and planning for the Morsani College of Medicine and Heart Institute at its new downtown Tampa location. She also works with USF Health leadership to assist in overseeing USF Health Shared Student Services to enable a closer connection for the transition of USF Health’s MCOM students to the new downtown facilities. In addition, she serves as Chief Executive Officer of the Health Professions Conferencing Corporation (HPCC), a direct-support organization that oversees USF Health’s Center for Advanced Medical Learning and Simulation (CAMLS). In her prior role as Interim CEO of CAMLS, Carole was instrumental in identifying and implementing organizational, operational, and fiscal improvements to ensure long-term success.

Carole provides strategic direction and facilitates and drives decision-making across USF Health with a focus on achieving operational efficiency in a measured, monitored, and objective manner, and by engaging a broad range of internal and external stakeholders.

In overseeing USF Health facilities, she works across all USF Health colleges and departments to ensure that USF Health’s physical assets are effectively aligned to promote student, faculty, and researcher success. She coordinates the relationship between the leadership teams at the USF main campus to ensure maximum benefit as USF Health’s footprint expands in downtown Tampa, ensuring powerful connections between CAMLS, the South Tampa Center adjacent to Tampa General Hospital, and the new Morsani College of Medicine’s downtown campus.

Her role overseeing USF Health IT is focused on effectively meeting all infrastructure and service needs, and driving collaboration across USF Health users.

A native of the Tampa Bay area, Carole spent nearly 20 years in New York City. Most recently, she was the Executive Vice President and Chief Operating Officer at New York Law School from 2012 to 2016. Prior to that, from 2001 to 2012, she held a number of senior positions in City government under Mayors Michael Bloomberg and Rudy Giuliani, including being the first woman to serve as Commissioner of the City's Department of Information Technology and Telecommunications.

At New York Law School, she was responsible for day-to-day operations of a 225,000-square-foot urban campus serving 1,000 students. She led the school’s strategic initiatives and focused on improving the financial and operational stability of the organization. She led the development of the school’s first comprehensive strategic plan and the publication of an annual Outcomes Report – a highly transparent approach to accountability.

As a City Commissioner, she led a 1,200 member staff and managed a $350 million operating budget. She was responsible for dozens of city service modernizations, public-private partnerships, and innovative sourcing agreements.

Before serving as Commissioner, Carole led the Mayor’s Office of Operations, which focused on improving services to the public through increased transparency and accountability. She also served as Executive Director of Strategic planning for the City's Department of Buildings, where she was heavily involved in aiding the rebuilding process following the 9/11 attacks.

Prior to joining New York City government, she practiced law in Palm Beach County. During that time, she served as city attorney as well as acting city manager for the city of Palm Beach Gardens. Before attending law school, she worked in Tampa at Dun & Bradstreet’s Health Plan Services. She has a bachelor's degree from the University of Florida and a J.D. degree from Seton Hall University. She is licensed to practice law in New York and Florida.