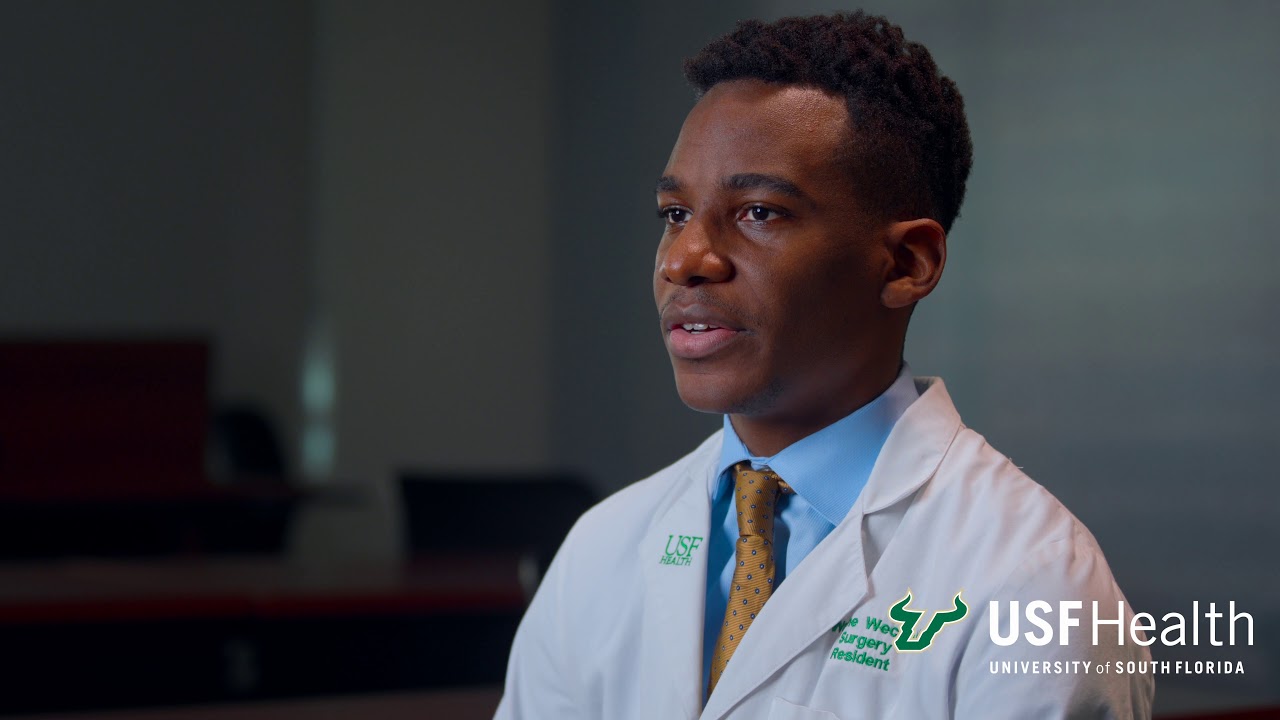 The University of South Florida General Surgery residency is a five-year, non-pyramidal, ACGME accredited program that is approved to graduate six residents each year. The goal of the residency program is to produce the well-rounded, competent general surgeon, fully trained in the principles and techniques required of a general surgeon. We are dedicated to the growth and maturation of residents toward the end objectives of not only certification by the American Board of Surgery but also independent practice. Our mission is to provide exceptional patient care, educational excellence, and outstanding research. 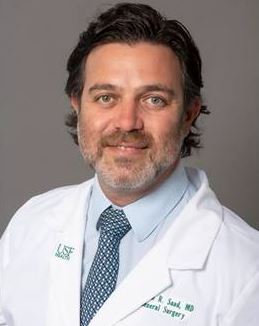 Dr. Saad graduated with honors from Austin College in Texas. His medical school training was at the University of Texas Health Science Center at San Antonio. He then completed his General Surgery residency training and research fellowship in Thoracic surgery at University of Texas Health in San Antonio. After residency, he practiced as a General Surgeon in Guam for almost five years. Following his time in Guam, he completed a Fellowship in Advanced Minimally Invasive GI and Bariatric Surgery at the University of Alabama at Birmingham. He joined the University of South Florida surgical faculty in 2017 and quickly showed interest in surgical education.  He has earned several teaching awards in his tenure here at USF. In addition to his role as General Surgery Program Director, he is also Associate Program Director of the Foregut/Bariatric fellowship.  His clinical practice is comprised of benign and malignant diseases of the Upper GI tract where he serves as faculty in the USF Joy McCann Culverhouse Center for Swallowing Disorders https://health.usf.edu/medicine/internalmedicine/swallowing) as well as Abdominal Wall Reconstruction/Hernia where he serves as Director of the USF Hernia Center (https://health.usf.edu/care/asc/services-specialties/hernia-center). 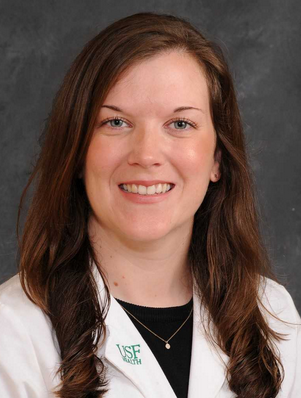 Dr. Beard is originally from Jefferson City, MO and completed her undergraduate degree in Biology at the University of Missouri.  She then moved to New Orleans, LA to obtain a Master’s degree in Cell and Molecular Biology at Tulane University.  After finishing her training there, she returned to Missouri, where she earned her MD from the University of Missouri. She completed her General Surgery training at the University of South Florida, where she gained a strong clinical foundation.  She developed her passion for treating patients with breast cancer after working with Dr. Charles Cox and, after her surgical residency, continued to work with him during her breast fellowship.  Her practice includes the care of benign and malignant breast diseases as well as patients who are at high risk for breast cancer.  Since joining the USF faculty, she has been honored to help further the resident experience in her role as assistant program director. 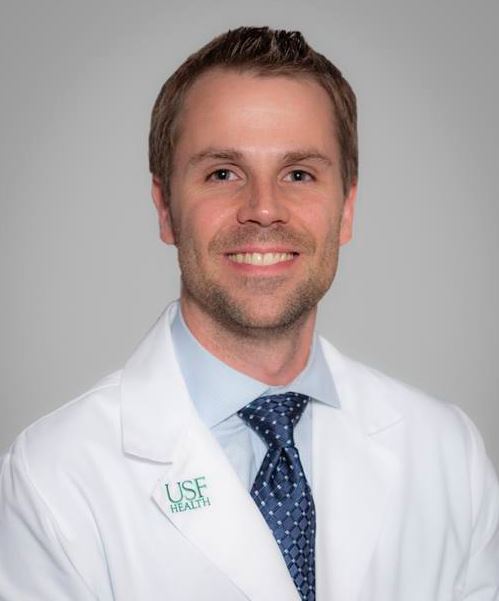 Originally from Fairfield, CT, Dr. Bennett completed his undergraduate degree in Biology at Quinnipiac University in Hamden, CT where he was a member and captain of the Division I baseball team.  He subsequently completed a Master’s degree in Physiology and Biophysics at Georgetown University before earning his M.D. from SUNY Buffalo. Dr. Bennett completed his General Surgery training at the University of South Florida where he was twice named Outstanding Resident of the Year and also served as Administrative Chief Resident.  During residency he spent two years in the lab doing research on angiogenesis and lung regeneration at Brigham and Women’s Hospital/Harvard School of Medicine.  After graduating from residency, he completed a colon and rectal surgery fellowship at the University of Louisville, gaining extensive experience in robotic surgery, and complex surgical management of inflammatory bowel disease, colorectal malignancies, anorectal pathology and pelvic floor dysfunction.  Throughout his training and professional career, Dr. Bennett’s research has been recognized with two prestigious awards, including the John A. Mannick Harvard University Research Award and the Larry Carrey USF Surgery Resident Research Award.  He has authored several peer reviewed papers and book chapters to date.  Current research interests include inflammatory bowel disease, colon and rectal cancer, and minimally invasive surgery. Dr. Bennett’s clinical work incorporates a comprehensive practice of colon and rectal surgery, with special interest in colorectal cancer and inflammatory bowel disease.  He serves on several local and national committees, and is board certified by the American Board of Surgery and the American Board of Colon and Rectal Surgery.  He is currently serving as Vice Chief of Surgery for Tampa General Hospital and Assistant Program Director for the USF General Surgery program.