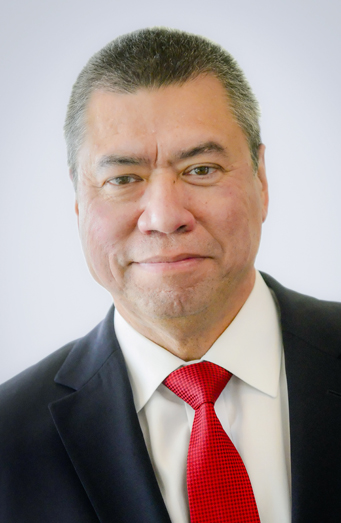 Dr. van Loveren is professor and chair of the Department of Neurosurgery and Brain Repair and vice dean for Clinical Affairs for the USF Health Morsani College of Medicine, serving as the physician clinical leader who directs, articulates and executes the vision, mission and strategies of USF Health, MCOM and its faculty practice plan.

Born in the Netherlands of a Marine Corps master-sergeant father and an Asian mother, Dr. van Loveren was raised to cherish discipline, hard work for its own sake, and a quiet response to all important events. He immigrated to the United States with his family and maintained immigrant values. His college education was varied, ranging from political science at Holy Cross to Chemistry at the University of Cincinnati (UC), with time off in between to try a traditional family career as a carpenter. Medical school was a late decision.

After completing medical school, he trained with the Mayfield Clinic (then the Mayfield Neurological Institute) and as Fellow in the neurophysiology laboratory of Jean Sigfried and Helmut Haas in Zurich. He remained at the Mayfield Clinic and participated in its amalgamation with the University of Cincinnati Department of Neurosurgery. His clinical and research interests include pain, functional neurosurgery, trauma, vascular neurosurgery, and skull base surgery.

In 2013, Dr. van Loveren was appointed Interim Dean of the USF Morsani College of Medicine while the University conducted a National search for a permanent Dean. He filled this position until May 2014.

Dr. van Loveren presently serves as the David W. Cahill Professor and Chairman of the Department of Neurosurgery and Brain Repair at USF Health, as well as oversees the Surgical Sub-Specialties in the Departments of Urology, Otolaryngology, and Ophthalmology.

Since 1982, Dr. van Loveren has contributed over 115 academic papers in various publications. He has also written 36 book chapters, and in 1993, he and his mentor, Dr. John Tew wrote the Atlas of Operative Microneurosurgery, Volume I, Aneurysms and Arteriovenous Malformations, the first-place winner of the Association of Medical Illustrators award for a medical atlas. Atlas of Operative Microneurosurgery, Volume II, was released in January 2001. Dr. van Loveren has lectured at more than 200 conferences across the United States and around the world. In addition, he has had 17 visiting professorships in seven countries, conducted over 60 practical courses, and organized more than 20 professional symposia. He has mentored 24 skull base fellows and six post-graduate fellows, and has served as an investigator or co-investigator in more than 30 clinical research projects.

Dr. van Loveren enjoys sports such as skydiving, boating, scuba diving, and touring the scenic byways of Florida on his motorcycle. He is married to Jeffrie, a real estate broker, and has three adult children: Harry, Mark, and Rachel and two grandchildren.