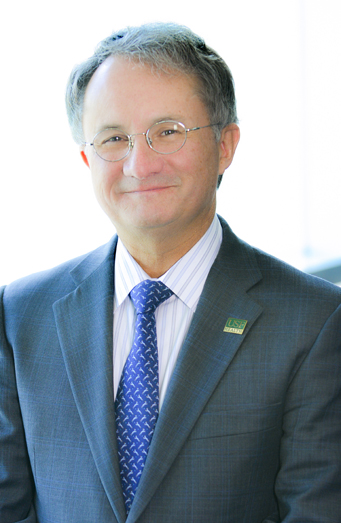 At USF Health, Dr. Lockwood leads the Morsani College of Medicine and the Colleges of Nursing, Public Health and Pharmacy; and the School of Physical Therapy and Rehabilitation Sciences. He also oversees the faculty group practice of the medical school – with more than 1,000 providers, it is one of the largest multispecialty group practices in Florida. Dr. Lockwood is also a professor in the medical school's Department of Obstetrics and Gynecology, and holds a secondary appointment as a professor in the USF Health College of Public Health. He assumed all these leadership roles when he joined USF Health in May 2014, and has also served as an Executive Vice President at Tampa General Hospital since 2015.

Internationally known for his research expertise in obstetrics and gynecology, Dr. Lockwood has been credited with leading a research team that discovered fetal fibronectin, the first biochemical predictor of prematurity. He has also made major discoveries in the fields of reproductive science, prenatal diagnosis, and endometrial biology.

Dr. Lockwood has received multiple research grant awards from the National Institutes of Health (NIH), the March of Dimes and other foundations. He has chaired and/or served on multiple committees of the American College of Obstetricians and Gynecologists, NIH, and the Food and Drug Administration. He serves on the national board of the March of Dimes Foundation, is president of the American Gynecological and Obstetrical Society, and a past president of the Society for Reproductive Investigation, the largest international reproductive science organization. He has been a tireless advocate for the training of physician-scientists.

He has been elected to the American Association for the Advancement of Science (AAAS) and the National Academy of Medicine (formerly the Institute of Medicine). He is a recipient of the Pardi President’s Distinguished Scientist Award from the Society for Reproductive Investigation, the Society for Maternal-Fetal Medicine’s Lifetime Achievement Award, and the NICHD Frontiers in Reproduction Beacon Award.

Before joining USF Health, Dr. Lockwood was Vice President and Dean at The Ohio State University College of Medicine. Prior to joining Ohio State, he spent nine years as the Anita O'Keeffe Young Professor of Women's Health and Chair of the Department of Obstetrics, Gynecology and Reproductive Sciences at the Yale School of Medicine. Prior to his post at Yale, he served as the Stanley H. Kaplan Professor and Chair of the Department of Obstetrics and Gynecology at the New York University School of Medicine.

Dr. Lockwood's clinical interests include the prevention of recurrent pregnancy loss, preterm delivery, and maternal thrombosis. Dr. Lockwood maintains an active laboratory at USF Health dedicated to research in these areas. He helped launch and practices at the Pregnancy Loss Prevention Center, which is housed at the USF Health South Tampa Center for Advanced Healthcare on the campus of Tampa General Hospital. He was named one of Tampa Bay Business Journal’s 2016 Power 100 Most Influential Leaders and has been cited on national Best Doctors in America lists for over two decades.