About our GI Team Joel E. Richter, MD, is currently Professor of Medicine and the Hugh F. Culverhouse Chair for Esophagology at the University of South Florida in Tampa. Joining the faculty in September 2011, he is also Director, Division of Digestive Diseases and Nutrition and Director, Joy McCann Culverhouse Center for Swallowing Disorders. He received his MD from the University of Texas Southwestern Medical School, Dallas. He completed his internship at the Naval Regional Medical Center, Philadelphia, Pennsylvania. He went on to complete his residency in medicine and fellowship in medicine (gastroenterology) at the National Naval Medical Center in Bethesda, Maryland. Among past academic appointments, Dr. Richter was chairman, Department of Gastroenterology, Cleveland Clinic Foundation, Ohio, for 10 years and Chairman of Medicine at Temple University School of Medicine, Philadelphia, PA for 7 years.

Dr. Richter is past president of the American College of Gastroenterology (ACG) and served as director, ACG, Institute for Clinical Research and Education from 1995 to 2004. He is the recipient of several awards for his work in digestive diseases, including the Berk/Fise Lifetime Clinical Achievement Award from ACG, Joseph B. Kirsner Award in Gastroenterology (2000), the Janssen Award in Gastroenterology for Clinical Research in Digestive Diseases (2001), and The Samuel Weiss Award for Outstanding Service to the ACG (2001). From 2002 to 2003, he served as president of the World Organization for Specialized Studies on Diseases of the Esophagus. He was co-editor in chief for the American Journal of Gastroenterology from 2003-2009. He was named to the Best Doctors in America for gastroenterology multiple times.

Dr. Richter is the author or coauthor of more than 325 original papers, 140 editorials/reviews, 15 books, and 116 book chapters. He and Don Castell are the editors of the new 5th Edition of The Esophagus. His research interests include gastroesophageal reflux disease, achalasia, Barrett’s esophagus, esophageal chest pain and eosinophilic esophagitis.

John Jacobs, MD, is currently Assistant Professor of Medicine at the University of South Florida in Tampa. Joining the faculty in September 2014, he is also the Associate Director of the Division of Digestive Diseases and Nutrition, and the Director of Gastroenterology Clinic at USF.  He completed his undergraduate education at the University of Notre Dame, graduating magna cum laude. He graduated medical school from the University of Miami, Miller School of Medicine and he completed his internship and residency training in Internal Medicine at the University of Texas, Southwestern Medical Center in Dallas. He then went on to complete his fellowship in Gastroenterology at Indiana University. He has been named to the Best Doctors in America for gastroenterology.  Dr. Jacobs' clinical practice emphasizes all aspects of esophagology, and he has a particular focus on gastroesophageal reflux disease and complex esophageal disease including achalasia, esophageal strictures, eosinophilic esophagitis, esophageal dysmotility, connective tissue diseases, and other disorders that interfere with normal swallowing. Dr. Jacobs is the author or coauthor of numerous original papers and textbook chapters, including the upcoming introductory chapter in the 6th edition of The Esophagus. His research interests focus on gastroesophageal reflux disease, achalasia, esophagogastric junction outflow obstruction, and eosinophilic esophagitis, with an emphasis on treatment outcomes and quality of life. Dr. Jacobs is also actively involved in teaching medical students, residents, and fellows. He lectures at the USF Morsani College of Medicine and also serves as the Associate Program Director for the Gastroenterology Fellowship at USF. Dr. Vic Velanovich completed his undergraduate education at the University of Chicago, graduating with honors in the biological sciences. He completed medical school at Wayne State University, graduating with a “Distinction in Biomedical Research.” Having had a military scholarship for medical school, he completed his general surgery residency in the Army, receiving the Joseph H. Baugh Resident’s Award from the Uniformed Services University of the Health Sciences. He was staff surgeon at Fort Knox, Kentucky and completed his military obligation in 1996.  He became staff surgeon at Henry Ford Hospital, where he was Division Head of General Surgery and Professor of Surgery (Clinician Educator) at Wayne State University. In 2011, he moved to Tampa to become Director of General Surgery, Professor of Surgery, the Vivian Clark Reeves/Joy McCann Culverhouse Endowed Chair for Pancreatic Cancer and Digestive Disorders, and faculty at the Joy McCann Culverhouse Center for Swallowing Disorders at the University of South Florida.  His clinical practice is general surgery, with an emphasis on the foregut and pancreas. His research interests focuses on diseases of the esophagus, stomach, pancreas, and minimally invasive surgery, with emphasis on quality of life and outcomes. He has participated in both single center and multi-institutional clinical trials, including those related to pancreatic surgery.  He has published over 200 articles in peer-reviewed journals and 16 book chapters. He presently serves as the Program Chair for the Society for Surgery of the Alimentary Tract. He has served as peer-reviewer for numerous journals, and presently serves on the editorial boards of the World Journal of Gastrointestinal Surgery, World Journal of Gastrointestinal Pathology, and the Journal of Gastrointestinal Surgery. 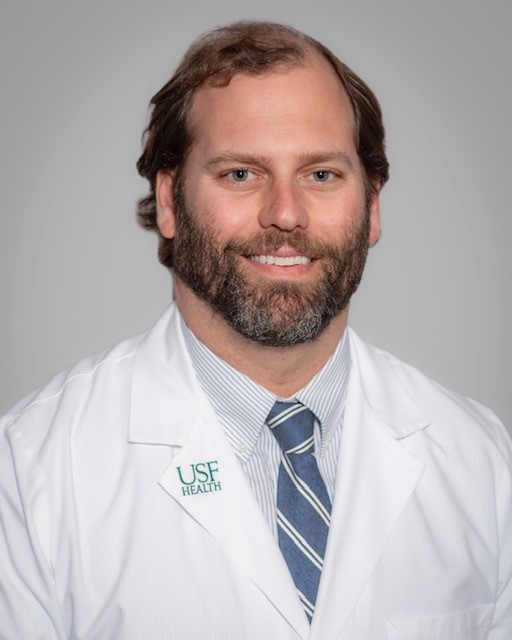 Christopher DuCoin, MD, MPH, FACS, FSAGES, FASMBS is a board-certified general surgeon with advanced training in esophageal pathology.  He obtained his undergraduate degree from Tulane University, and received an MPH from the Tulane School of Public Health. After attaining his medical degree from St. George’s University, he then completed his general surgery residency at Orlando Regional Medical Center. He then finished an advanced Fellowship in Minimally Invasive Surgery at the University of California, San Diego, with subspecialty training at the Markus Krankenhaus University in Frankfurt, Germany. Upon completion of training, Dr. DuCoin joined the general surgery faculty at Tulane University Medical School. During his time in New Orleans he developed their esophageal program, and earned positions including Honorary Henderson Chair of Surgery, Director of Tulane Simulation Center, Director of Surgical Clerkship, Fellowship Director, and was named Chief of Minimally Invasive Surgery. In 2019, Dr. DuCoin returned to his home state of Florida as Associate Professor of Surgery at the University of South Florida where his roles include Section Chief and Fellowship Director of Advanced GI and Bariatric Surgery. His surgical interests include Minimally Invasive Surgery of the Esophagus with specialty training in Robotic and Endoscopic (incisionless) Surgery and he treats both benign and malignant esophageal diseases.  He performs everything from a total esophagectomy to complex trans oral procedures such as POEM (Per-Oral Endoscopic Myotomy).  His areas of clinical focus include diseases such as Achalasia, gastroesophageal reflux disease (GERD), hiatal and paraoesophageal hernias, Barrett’s esophagus and esophageal cancer.  Dr. DuCoin is well published, contributing to the scholarly literature with numerous peer-reviewed journal articles and  book chapters.  He is involved in multiple national organizations such as the American College of Surgeons (ACS) where his is on the Governor’s Council of the YFA, the Society of American Gastrointestinal and Endoscopic Surgeons (SAGES) where he is Chair of the Research Committee, and the Society for Surgery of the Alimentary Tract (SSAT) where he sits on the Esophageal Committee. Dr. DuCoin is extremely passionate about surgical education and bestowed numerous teaching awards. He has been inducted into the AOA Medical Honor Society, was named a ‘Health Care Hero’, a ‘Best Doc in Tampa’, and was awarded the prestigious ‘Gold Humanitarian’ Award in 2019. Dr. DuCoin also has participated in mission work in Nicaragua where he not only operates but teaches the local surgeons advanced surgical skills. Adham R. Saad, MD, FACS, is a board certified general surgeon with advanced training in Minimally Invasive GI surgery. He graduated with honors at Austin College in Texas. His medical school training was at the University of Texas Health Science Center at San Antonio. He then completed his General Surgery residency training and research fellowship in Thoracic surgery at University of Texas Health in San Antonio. After residency, he practiced as a General Surgeon in Guam for almost five years. Following his time in Guam, he completed a Fellowship in Advanced Minimally Invasive GI and Bariatric Surgery at the University of Alabama at Birmingham. He joined our team as Assistant Professor of Surgery at the University of South Florida and faculty at the Joy McCann Culverhouse Center for Swallowing Disorders in October 2017. His clinical interests include benign and malignant diseases of the Upper GI tract and Abdominal Wall Hernias. He performs Minimally Invasive (Robotic, Laparoscopic, and Endoscopic) surgeries for treatment of hiatal (and paraesophageal) hernia, achalasia, and gastroesophageal reflux (GERD). He also serves as Director of the University of South Florida Hernia Center. Dr. Saad prides himself on training future surgeons and serves as the Associate Program Director for both the General Surgery Residency Program and the Advanced GI and Bariatric Surgery Fellowship. He has been awarded the Medical School Teaching award two out of his three years at the University of South Florida. He is well published in peer-reviewed journals and textbooks. He is a member of Society for Surgery of the Alimentary Tract (SSAT) , Society of American Gastrointestinal and Endoscopic Surgeons (SAGES), and a Fellow of the American College of Surgeons (FACS).