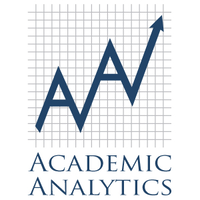 Facilities and Other Resources

The University of South Florida is a high-impact global research university dedicated to student success. Over the past 10 years, no other public university in the country has risen faster in U.S. News and World Report’s national university rankings than USF. Serving more than 50,000 students on campuses in Tampa, St. Petersburg and Sarasota-Manatee, USF is designated as a Preeminent State Research University by the Florida Board of Governors, placing it in the most elite category among the state’s 12 public universities. USF is home to medical clinics and hospitals, a major mental health research institute, and a public broadcasting station. The university employs more than 2,000 full-time instructional faculty and over 5,000 full-time staff. USF is a member of the American Athletic Conference. It has a $1.85 billion annual budget, and an annual economic impact of $4.4 billion.

One of 12 universities within the State University System of Florida, USF is one of the nation’s top public research universities and a leading metropolitan research university. USF has 14 colleges:  Arts and Sciences, The Arts, Behavioral & Community Sciences, Business, Education, Engineering, Global Sustainability, Honors, Marine Science, Medicine, Nursing, Pharmacy, Public Health, and Graduate Studies. The university offers 242 degree programs, including the doctor of medicine: 85 bachelor programs, 107 master programs, two education specialist degree programs, 44 research doctoral programs, and four MD programs.  The Office of the Provost and Executive Vice President for Academic Affairs is the center for all academic operations and functions at the university. USF has been ranked #1 in overall student success; #1 in greatest improvements in 6-year graduation rates among 4-year public universities by the Chronicle of Higher Education (2017). In addition, U.S. News and World Report (USNWR) ranked USF Tampa as a Best College for Veterans (2020).

The university is dedicated to the discovery of new knowledge, insights, and forms of expression through significant innovative research and other creative activity, and to the preservation, organization, analysis, and synthesis of existing knowledge. USF is one of 56 public research universities nationwide classified as a Doctoral University with “Highest Research Activity” by the Carnegie Foundation for the Advancement of Teaching. The title of “Highest Research Activity” is a distinction attained by only 3% of all post-secondary institutions, making USF one of five public universities in the state of Florida classified as such. As a leading publicly supported university, USF accomplishes its research mission by building on existing program strengths, fostering effective, transdisciplinary approaches, and contributing to the resolution of social, cultural, economic, medical and technological challenges facing the metropolitan population of our community, state, nation and the world.

USF ranks 8th in the nation among public universities and 16th world-wide for granted U.S. patents among all universities according to the Intellectual Property Owners Association/NAI (2019), and has ranked in the Top 10 among public universities for U.S. patents granted for the past ten years (2010-2019). The university supports economic development and the translation of USF research and technologies to the marketplace, through an active Technology Transfer Office and USF CONNECT, the economic development arm of USF. USF’s Tampa Bay Technology Incubator is currently home to more than 60 resident and affiliate companies and growing.  It is the only tech business incubator in the region to support bio and life science companies with state-of-the-art wet labs.  Over 55% of TBTI companies focus on bio & life sciences and nearly 50% are commercializing technologies developed by USF researchers.

The University of South Florida is accredited by the Commission on Colleges of the Southern Association of Colleges and Schools to award degrees at the baccalaureate, master’s, specialist and doctoral levels, including the Doctor of Medicine. USF has created USF Health as an enterprise dedicated to making life better by improving health in the wider environment, in communities and for individuals. USF Health has, as its core, four colleges: Public Health, Pharmacy, Nursing and Medicine. It also has a School of Physical Therapy and a School of Biomedical Sciences, as well as the health care delivered by its clinicians. Originally founded as the USF Medical Center in 1971, its name was changed to USF Health to reflect its collaborative focus on the full continuum of health.

COPH supports numerous formal research and technical assistance centers. Faculty and students continually present their research and practice at local, state, national and international professional meetings and are published in numerous peer-reviewed journals. Many students are involved in research activities as graduate assistants on faculty-led projects. College faculty conduct research around the major public health challenges of our time and engage in active community-based research and service learning in the true spirit of public health – recognizing that it is not only through discovery and learning but through the direct translation and application of that knowledge to policies and programs that we succeed in improving the public’s health. Today, the College is a recognized leader in distance learning, social marketing, maternal and child health and global infectious disease research. For more than 35 years, public health practice is our passion.