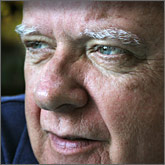 Possible Symptoms of Elder Abuse:
The following signs do not definitively indicate abuse, but they can be important clues to possible abuse or neglect.