In this lecture series Central and South America’s leading physicians and research scientists in maternal and child health care or policy exchange knowledge and new ideas with colleagues in the United States.

The Lawton Chiles International Lecture Series on Maternal and Child Health in the Americas was established in conjunction with the dedication of the Lawton Chiles International House at the National Institutes of Health (NIH) in Bethesda, MD. Lawton Chiles was a U.S. Senator and Governor of the State of Florida. The birth of this lectureship was in appreciation of the support shown to the NIH from Governor Chiles during his tenure as a member of Congress (1971-1989). Chiles, who once served as chairman of the Appropriations Subcommittee on Labor, Health and Human Services, strongly supported the NIH and its programs. As a result, the organization experienced unprecedented growth during this period. He worked throughout his public service career to promote and protect the health of mothers, infants and young children. He died in 1998 shortly after the dedication of the facility, and the Lecture Series was dedicated in his honor.

The Lawton and Rhea Chiles Center for Healthy Mothers and Babies at the University of South Florida’s College of Public Health is a maternal and child health research and policy institute established by the Florida Legislature in 1996. Each year the Chiles Center collaborates with The National Institute of Child Health and Human Development and The Fogarty International Center at the National Institute of Health, and the Centers for Disease Control and Prevention to sponsor three lectures given by an eminent maternal and child health physician/researcher at NIH (Bethesda), CDC (Atlanta) and the University of South Florida (Tampa).

Today, the annual lectureship series serves as a way for the USF College of Public Health, The Chiles Center, the Center for Disease Control and Prevention (CDC), and the NIH, to engage in research exchange and practices between the Americas, and opens the doors for the university to establish international leadership exposure and prominence.

The Chiles International House is housed at the Fogarty International Center (FIC), the international arm of the NIH. It serves as the venue for international scientific conferences as well as receptions for visiting heads of state and dignitaries. It is also the base for the FIC Scholars-In-Residence Program, which brings U.S. and foreign scientists to the NIH campus to conduct advanced studies in biomedicine and global health. 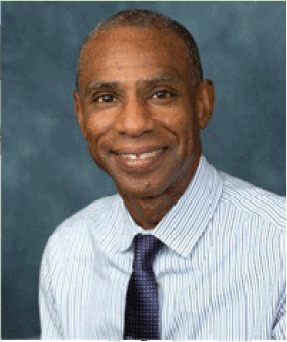 Date: April 2, 2014
Title of Presentation: “The Social Determinants of the Racial Disparity in Birth Outcome: A Life-Course Perspective” 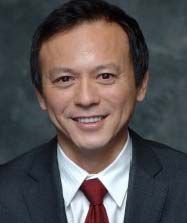 The Stone House was officially named the "Lawton Chiles International House" at a dedication ceremony May 13 held under a tent on the grounds of the house. The event, naming Bldg. 16 for Gov. Lawton Chiles of Florida, brought together members of Chiles' family and staff, members of the Florida congressional delegation, and representatives of the NIH community to celebrate the occasion. The house is a locus for international activities supported by the Fogarty International Center, other NIH institutes and centers, and HHS.
Now in his second and final term as governor of Florida, Chiles previously served in Florida's House and Senate, then spent 18 years in the United States Senate, where he chaired the appropriations subcommittee for labor, health and human services, education and related agencies. Sen. Chiles was a staunch supporter of NIH, and his tenure on the committee coincided with a period of significant growth at NIH, including the establishment of the Office of Human Genome Research and an increased emphasis on AIDS and mental health research. It was at the end of Chiles' tenure in the Senate that legislation was passed naming the house for him. 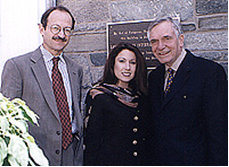 As governor, Chiles has dedicated himself to "building a constituency for children" in an effort to promote the well-being of Florida's children and families. His namesake institution, the Lawton and Rhea Chiles Center for Healthy Mothers and Babies at the University of South Florida College of Public Health, works to reduce maternal and infant mortality and morbidity through community-based programs.

In his remarks to guests, NIH director Dr. Harold Varmus announced that NICHD and the USF Chiles Center have established an annual Lawton Chiles International Lecture on Maternal and Child Health in the Americas. The lecture will be given at NIH and at USF by a leading scientist engaged in research in maternal and child health in Central or South America, selected jointly by the directors of the two sponsoring organizations. Emphasis in selection will be placed on research leading to improved health care or influencing public policy.

"While I'm proud to be recognized here today," said Chiles, "it is the researchers and scholars who are the heroes. They are the ones who will put this house to work -- improving and saving the lives of people around the world. Because of your efforts," he continued, "the world we live in today and the world we will leave behind for our children and grandchildren is a truly safer, cleaner and better place."